To get our regular email updates, simply click here.

Pebble’s new Core Kickstarter product is the future of computing. Although it looks like any other grey plastic key fob, it runs Android and connects to the Internet. And that’s a really big deal.

Pebble is run by Eric Migicovsky, a 30-year-old Canadian. It made its name raising lots of money on Kickstarter, the public funding website. The focus then was a platform-agnostic smartwatch that delivered notifications and served as the base for a lightweight application ecosystem.

Design-wise, Pebble smartwatches are an acquired taste. They’re sort of retro-geek chic, if that is a thing. Yet they’ve always had a reputation for being infinitely hackable, in a good way. In the era of walled-garden Apple (AAPL) products, that inspired legions of rabid fans in the developer community.

Core is a departure from smartwatches and, most importantly, screens. Pebble bills the nifty little device as the perfect runner’s companion because of its built-in GPS, Bluetooth, Spotify and connectivity. However, the key addition is Android 5.0. This makes Core a tiny hackable computer connected to the cloud. And Pebble is encouraging its community to code away. In its press release it teased: “Add a Bluetooth or wired headset to create an always-on walkie-talkie or personal voice assistant.” 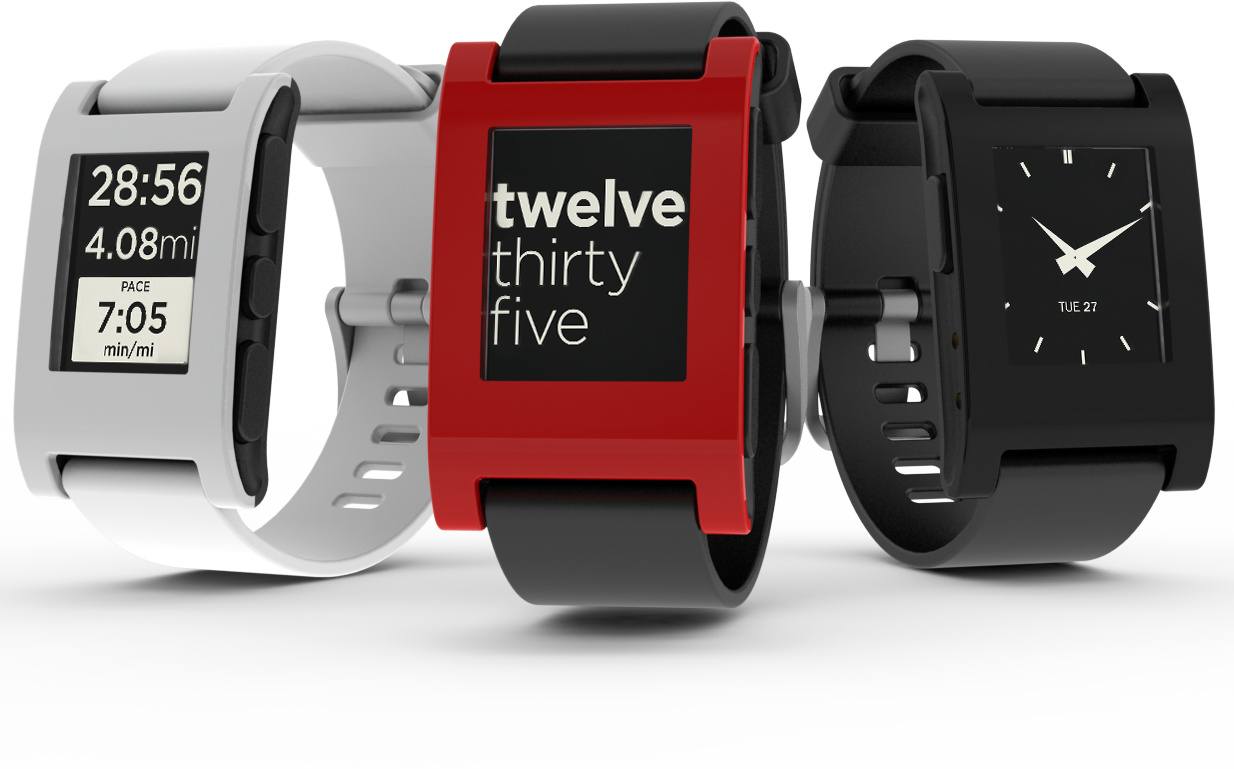 Already Pebble is showing the way. It will bring Amazon’s (AMZN) popular artificially intelligent voice assistant Alexa to Core right out of the box. It’s the perfect first hookup for Core because Amazon, like Pebble has aggressively courted the developer community by making application program interfaces widely available. These APIs are the lifeblood of developers. Without access, everything stops.

Consider the opposite. Apple’s (AAPL) Siri is the best-known AI assistant, but it has been unwilling to share APIs with developers, squandering its early momentum. It’s not hard to imagine how a discreet Bluetooth earpiece , Core and connection to an always-on Alexa could deliver the type of truly personal computing promised in the film Her .

That would be a huge paradigm shift. Moving to voice from touch screens for primary interaction removes friction for users. There are no more applications to download, configure and then navigate. And let’s face it, people hate most mobile applications.

With AI voice assistants you just say what you want and it’s done. Make restaurant and airline reservations, check your calendar or the commute home all with a simple conversation. Moreover, you can carry your assistant across devices because it lives in the cloud. Pebble Core provides a better user experience and will cost just $99. That’s a kick in the teeth for the smartphone business model, where average selling prices are still several hundred dollars.

And just wait until more powerful assistants become available. A month ago, Viv, a startup founded by the inventors of Siri, talked about its APIs becoming available early next year. Alphabet (GOOG) made similar promises last month for its new Google Home platform and even Apple is rumored to release new APIs for Siri when it convenes the World Wide Developers Conference next week.

Alexa was a revelation for users because interaction was so natural, so easy. Pebble Core is a tiny, low-cost portable computer that will put Alexa and eventually more powerful artificially intelligent software in your pocket. Removing screens as input devices will have devastating consequences for smartphones. Apple, beware. Beneficiaries will include Amazon, Google and Facebook (FB).

At the Recode conference Tesla (TSLA) founder Elon Musk explained why he thought the odds are extremely high that all of human life is a simulation . Musk is not alone in believing we’re living in The Matrix. Still, It’s better than his alternative scenario where we are pets to robot overlords… Oracle Systems (ORCL) shares were shot from the sky after a whistleblower alleged the database-software giant is cooking the books at its cloud services business… The latest rumor is Apple will stretch the design cycle from two to three years. That would not be good for people worrying about slowing sales growth… Japanese tech investor SoftBank (SFTBF) is selling its stake in Alibaba (BABA)and it’s not interested in anything Yahoo (YHOO) may have to sell… Ride-hailing startup Uber just landed another $3.5 billion . The new investor is the Saudi Arabia Public Investment Fund. Maybe it wants to ensure future Ubers are powered by gasoline… Google’s artificially intelligent software composed some music and it’s not terrible – for a machine… Apple (AAPL) is having a tough time getting traction with Apple Pay outside the U.S. Who would have guessed pulling out a smartphone, unlocking it, finding the app and verifying is more difficult than just tapping or swiping? Duh. … Microsoft (MSFT) is making a play for augmented- and virtual-reality hardware makers with code to run Windows 10 Holographic, below. Check out this video. The new blue screen of death will seem more real than ever…

About Jon Markman:  A pioneer in the development of stock-rating systems and screening software, Jon Markman is co-inventor on two Microsoft patents and author of the bestselling books The New Day Trader Advantage, Swing Trading and Online Investing, as well as the annotated edition of Reminiscences of a Stock Operator.  He was portfolio manager and senior investment strategist at a multi-strategy hedge fund from 2002 to 2005; managing editor and columnist at CNBC on MSN Money from 1997 to 2002; and an editor, investments columnist and investigative reporter at the Los Angeles Times from 1984 to 1997.

To get our regular email updates, simply fill in the form below: