If you're not getting our regular email updates, click here.

Coping with the perils of diabetes could be as simple as wearing a patch and monitoring the data on a smartphone. That is the goal of an assistant professor at Seoul National University and MC10, a maker of flexible electronics based in Lexington, Mass.

The World Health Organization estimates the prevalence of diabetes at 9% of the world’s adult population, and in 2012 an estimated 1.5 million deaths were tied directly to the disease.

Worse, most sufferers are forced prick their fingers several times daily to monitor blood glucose levels and then inject themselves with insulin. It’s a major inconvenience. 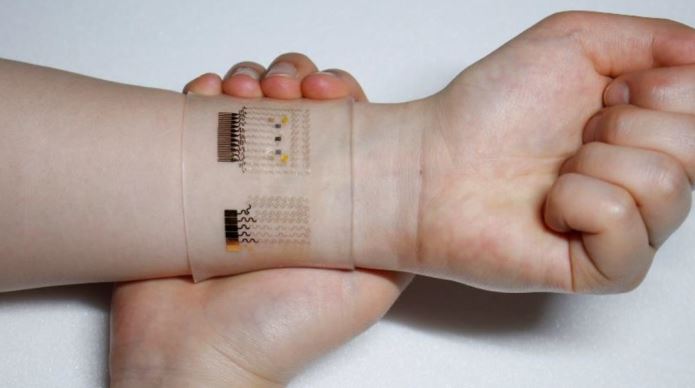 By contrast, the nanotechnology graphene patch developed by Professor Dae-Hyeong Kim and MC10 uses embedded sensors to detect key metrics such as pH levels, humidity, glucose and temperature. The sensors constantly monitor pH levels in the wearer’s sweat and temperature changes associated with high glucose levels. At that point a layer of the patch dissolves exposing micro needles that release medication just below the surface of the skin-like  transdermal patches developed by 3MCorp (MMM) and championed by pharmaceutical firms such as Mylan Labs (MYL). And, as if detection and non-invasive medication delivery were not cool enough, the patch also connects wirelessly to a smartphone application for effortless data monitoring.

This is the forefront of integrating medicine into the Internet of Things. It all may seem like something straight out of a science-fiction novel but the promise of graphene and nanotechnology has been well known for some time. It’s awesome to see such a big medical breakthrough come from the development of such small particles.