Slowing the aging process is as important as finding a cure for cancer or cardiovascular disease, according to one of the most prominent gene experts in the country. And it might actually be easier.

Those are the views of Craig Venter, the guy who became the first to decode the human genome. He has a long and storied history in the field as both a scientist and entrepreneur. In 2000, his firm Celera Genomics worked with the publicly funded Human Genome Project to produce the first draft of the human genome sequence.

At the time this so-called Book of Life was viewed as the key to unlock all of the mysteries that had befuddled medical researchers for centuries. The promise seemed immense.

While the accomplishment was thrilling, merely unlocking the genome was ultimately unsatisfying. Venter found that simply isolating genes that implied patients would develop terrible diseases was not that much help, since a dangerous mutation was not inevitable.

He soon realized that he needed a systematic way to process all of the possible combinations and permutations. And that’s where machine learning and super-powerful computing come in. In his newest venture, a biosciences startup called Human Longevity Inc., Venter began deploying big data analytics across the entirety of a patient’s DNA, searching for complex patterns of interaction.

Although most researchers in the genetics field were focused on cancer or cardiovascular disease, his data analysis showed these are not predictable from the genome . Inherited markers play a role in less than 10% of cancer, he discovered, as lifestyle choices like diet and exercise are far more predictive for heart-related diseases. However, there is a direct correlation between most cancers, heart disease and aging. Given this, it made sense for HLi to focus on strategies to delay aging . 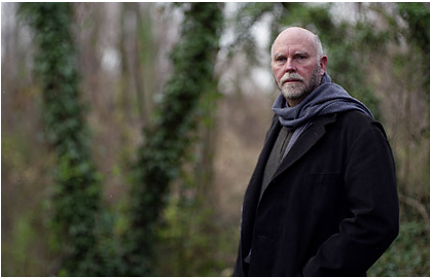 That may seem like dreamy logic and, like other genetic researcher firms, HLi is definitely still looking for markers in the human genome that might help eradicate cancer. But Venter, above, is clear that the idea there is a cancer gene is wildly simplistic . Genes serve many functions and cutting one may give rise to unintended consequences for the patient or their progeny.

There is a clear path to delaying degeneration in aging, and it begins with stem cells -- the undifferentiated cells that are deployed by the body to repair cellular damage. Studies show that older people have just a tiny fraction of the stem cells found in children. HLi believes it’s possible to bank these cells at birth, edit them to correct any later abnormalities, then return them to the patient later in life as a pick-me-up to rejuvenate disease resistance.

HLi is not the first company led by a visionary pursuing longevity as a panacea. Elizabeth Parrish, the head of BioViva, a small Seattle biotechnology firm became patient zero for an experimental gene therapy last year. Alphabet (GOOG) invested as much as $240 million in Calico , a company led by ex-Genentech (DNA) chief Arthur Levinson. Calico hopes to reverse the aging process. And Martine Rothblatt, head of United Therapeutics (UTHR), wants to take things one step further by fusing biotechnology with technology. Her plan would allow people to upload the data of their mind into a software program now while the biotechnology catches up. Reminds me of the way the proto-human robots in the AMC cable-TV show “ Humans” digitized their memories for later review.

When Venter announced the sequencing of the human genome in 2000, there was talk about eradicating cancer deaths within a generation. Yet cancer, heart disease and other age-related diseases still account for two-thirds of deaths. Eradicating cancer with genomic research alone might be a stretch given what we now know, but delaying aging by just seven years could cut the risk of cancer and heart disease by half. Forecasts like that never get old.

If you're not getting our thrice-weekly email updates, fill in the form below: